At the beginning of every year, the United Nations (UN) declare international years to mark the importance of the specific topic or topics using various action plans and awareness. This year, while the UN declared it as the Year of Glass, the Food and Agriculture Organisation (FAO) led the initiative of marking 2022 as the International Year of Artisanal Fisheries and Aquaculture (here on, IYAFA) to highlight its significance and need.

Although there is no universally accepted definition for artisanal fisheries, according to the UN General Assembly resolution, artisanal fisheries denote the practice of traditional fishing practices. FAO found that careless and unscientific use of natural resources adversely impacted traditional fisheries. Lack of effective policies and interference of the leaders degenerated the sector. Through highlighting today’s complex challenges such as global hunger, climate change, food waste, along with others, the organisation tells us how small-scale fish farmers has the transformative potential to stabilise the crippling global food system. By the tagline ‘small in value, big in size’, FAO emphasises improving the small-scale fisheries to strengthen and empower the industry. IYAFA is also rooted in the 14th Sustainable Development Goal, i.e., life below water. Since 2022 falls in the UN Decade of Family Farming (which is from 2019 to 2028), FAO focuses on broadening the visibility of small-scale fish farming by bringing families.

As for the implementation of IYAFA, FAO published the Global Action Plan (GAP) for supporting small-scale fisheries. The GAP of IYAFA is based on seven pillars:

The action plan clearly defines the hidden prospects of artisanal fisheries. The main objective of IYAFA is to tackle the current global food crisis and poverty by focusing on the role of small-scale fisherfolks by sustainably utilising natural resources. While commercial fishing possesses a great threat to marine biodiversity, the traditional selective and less-destructive techniques and knowledge rooted in the cultural ties with the environment, are utilised by artisanal fisherfolks to preserve the ecosystem. Among the fishers around the world, artisanal fishers make up 96% and they catch 35% of the world’s total fish caught. Small scale fishing also contributes to the protein consumption of 50 to 90% in vulnerable economies. Since the traditional fishing vessels use little or no fuel, pollution of water bodies is also less. 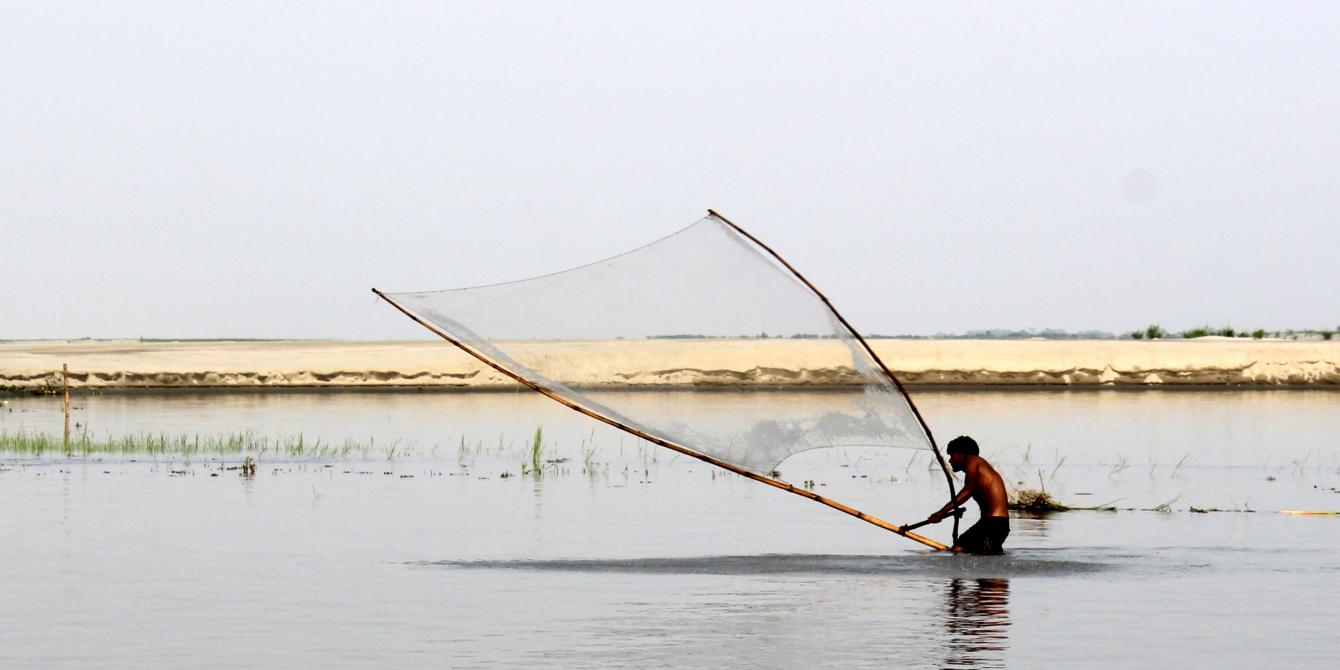 Traditional fishing in the Bay of Bengal (Image source: asia.oxfam.org)

Today, by understanding its possibilities, stakeholders are joining hands with the traditional fishing community by incorporating scientific policies to promote sustainable development and better livelihood. Artisanal fisherfolk, especially in the Indian Ocean region has a great share in the fishing industry. FAO estimates that artisanal fishing generates more than 130,000 jobs, specifically through the participation of women for livelihood, in the region. Since traditional fishes have high quality and nutritional value, their demand over other marine foods is substantial. In East African country Seychelles, a programme ‘Seychelles Label’ was launched in conjunction with the Seychelles Fishing Authority and the Bureau of Standard, aiming to ensure quality seafood in hostels and resorts. This helped in boosting artisanal fishing in the country. Similarly, in Madagascar, the Fisheries Code gave complete authority to the local fishing community. The fisherfolk launched an association known as ‘Vondrona OlonaIfotony’ in managing and protecting marine resources, with the support of a local NGO.

While similar collaboration and partnerships can ensure the participation of artisanal fishing communities in developing countries, it is also vital to note the impact on the livelihood twined to traditional fishing.

Seafood has always been in high demand due to its rich nutrient content. Marine products from developing countries are highly valued in developed countries, considering their quality. Despite the significant role of traditional fishing in the economies, the sector still lacks appropriate financial support and legal framework. Overfishing is a major threat to the sector. Almost 90% of the world’s total fisheries are overfished, disrupting the ecosystem. Artisanal fisherfolks face dire social and economic consequences due to this. An important point to note is that large-scale fishing companies receive subsidies, enabling them to explore new areas and compete with small-scale fishers. Limited access to international markets, specifically to European Union is another test faced by the  traditional fisherfolks. The absence of adequate infrastructures such as refrigeration and transportation, push traditional fishers to process the commodities immediately at the beach. In most cases, where a middle person is involved in taking fisheries to markets, the commodities do not comply with standards and requirements for exporting. 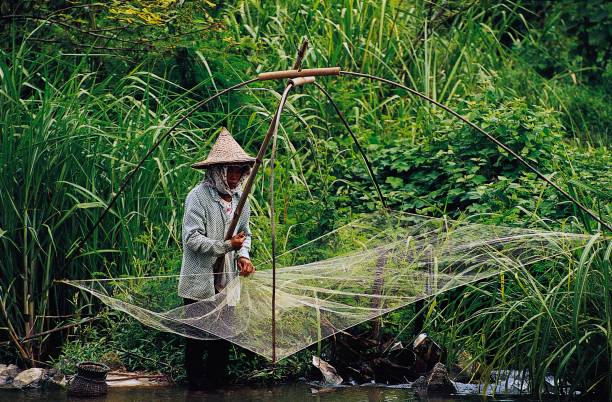 With so many prospects to discover in artisan fisheries, the joint action of stakeholders, governments and international organisations could bring a revolutionary change to the world. Through responsible resource management and governance, artisanal fisheries could ensure food security and nutrition by means of decentralisation.

Adaptation vs Mitigation? : The Better

Effectual Values From LGBTQ+ Community In Battle Against Climate Change